The website needs a bit more refinement as it has only just been launched but FAIRINGBOLTS.COM  is a site selling standard fasteners and parts replicated in everlasting, super strong and lightweight TITANIUM. 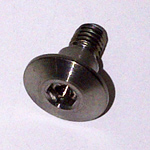 I know you can buy titanium fasteners elsewhere on the net but this is the place where you can that Honda fairing bolt with the shoulder that holds the fairings properly in place. 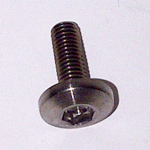 The weight of the standard part and the titanium part is given, so you can see how much weight you save on your bike. 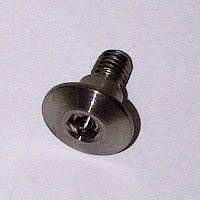 These aren't the same as luminous purple aluminium bolts that you get sick of the sight of when your bike goes up in value as a classic. 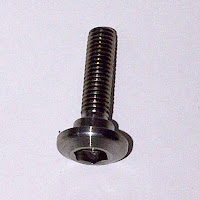 Part numbers are listed with the parts for sale so you can cross reference the micro fiche of your bike on various websites.  Not only that, pictures highlighting where the bolts go are often listed alongside the images of the bolts. 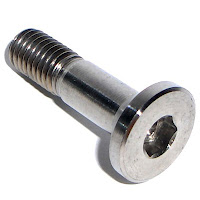 All parts use the exact critical dimensions as the standard part.  Threads are rolled and not cut.
Grade 5 titanium   6Al/4V is used for ultimate strength.
They are a great deal stronger and lighter than steel or stainless steel fasteners.


You can also find these parts on Amazon.

Yesterday I took delivery of the hugely expensive fairings for my Suzuki RGV250 VJ23. The existing ones that came with the bike had been repaired and resprayed in the proper colours following whatever accident the bike had by the previous owner but the whiteness of the paint was starting to yellow and had the odd scratch.
As the VJ23 is now a classic bike I thought it best to get new fairing panels.  (I may even change the garish purple engine bolt kit back to the original Suzuki bolts). At some point I'll fit new front discs as the ones I have fitted at present have a slight wave in them.

Here's the wrapped Right side fairing. 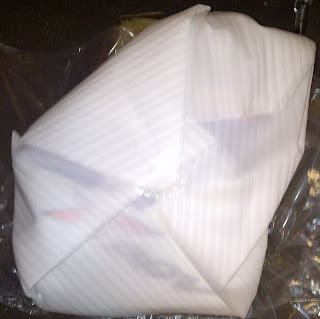 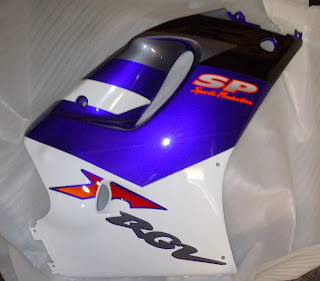 Because the Yen is such high value to the Pound the price of goods from Japan has nearly doubled.  If only I bought the fairings in 2006.

Brilliant white panel of the central seat unit. Padded, then in a plastic bag, then within a padded box. 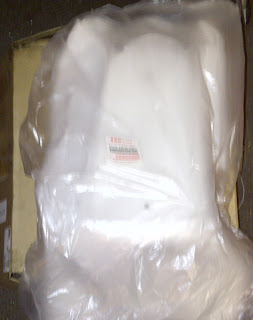 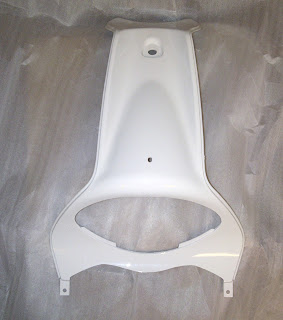 I tried to buy the little hatch panel that fits this panel but you can't get hold of it, so I'll have to keep great care of that piece and get it resprayed to remove the faded paint.

This piece fits under the bike and holds the two side fairings. If you have Sugaya pipes this piece gets melted unless you cut a bit out. It also gets covered in 2 stroke oil and tends to break after a number of fairing removals, so I bought this as a spare. 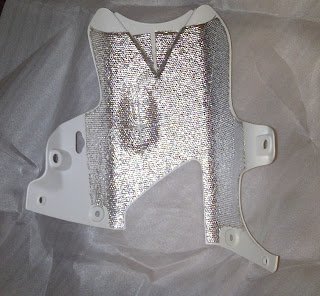 There are a couple more fairing pieces to show but that's for another time.

If anyone is interested I'm able to supply direct from Japan parts. I've been importing and exporting around the world for years so if there's that special Japanese part you can't be without, you could do worse than drop me an email.